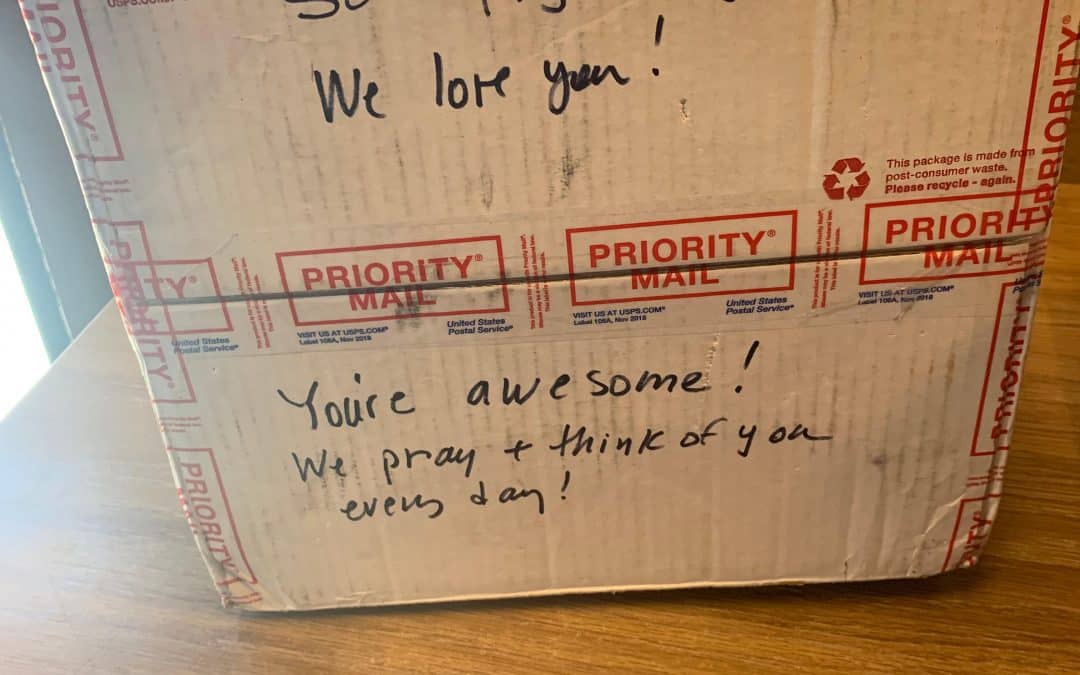 We did a pretty quick ten miles down to the highway and then got a ride into Big Bear!

Went to the Post Office for our resupply and while we loaded goodies into our backpacks, my Dad called. It was the first reception we’d had in a couple days so it was perfect timing. It was a huge boost to my soul to hear his voice! That just made my whole week! ❤️ here’s a recent picture of him from my sister. She busted him out of assisted living for some margaritas! It’s hard to explain how much I miss home. I’m loving this time with Steve. Loving it. But I miss our kids and grands and my sisters and friends and it’s so very weird to think we won’t be home for such a long time still.

Our first evening in Big Bear included lounging around and eating!

Then next morning there was some work to do. Steve has been trying to get info about Cobra insurance. Well that’s not been easy. So far, no info. Then we did a little bill paying…well the parts we haven’t dumped on Tayler 🤭💕. Just tying up loose ends like regular daily stuff. Then a trip to the grocery store. We thought we’d catch the bus. Hmm, we waited for over half hour, then it arrived!

Apparently it was free ride week due to Earth Day. It was so crowded with a whole lot of characters! It also doesn’t go straight to the grocery but instead we toured the town. It was definitely an adventure! We even saw this big fish. 😁

We decided to stay another night, as we were both feeling stressed out. It’s not really a “zero” day when we’re running around like crazy trying to catch up on home life and resupplying.

So we stayed. And I went to urgent care to get my shoulder checked out. It was frozen earlier this year and I was in physical therapy till the week we left. It did great, right up until it didn’t. 🤣 I feel very lucky though as two other hikers were there, both with broken bones in their feet, both leaving the trail for at least a month. So I picked up some meds to reduce inflammation and then we enjoyed our own margaritas! Like Father, like daughter. 💕