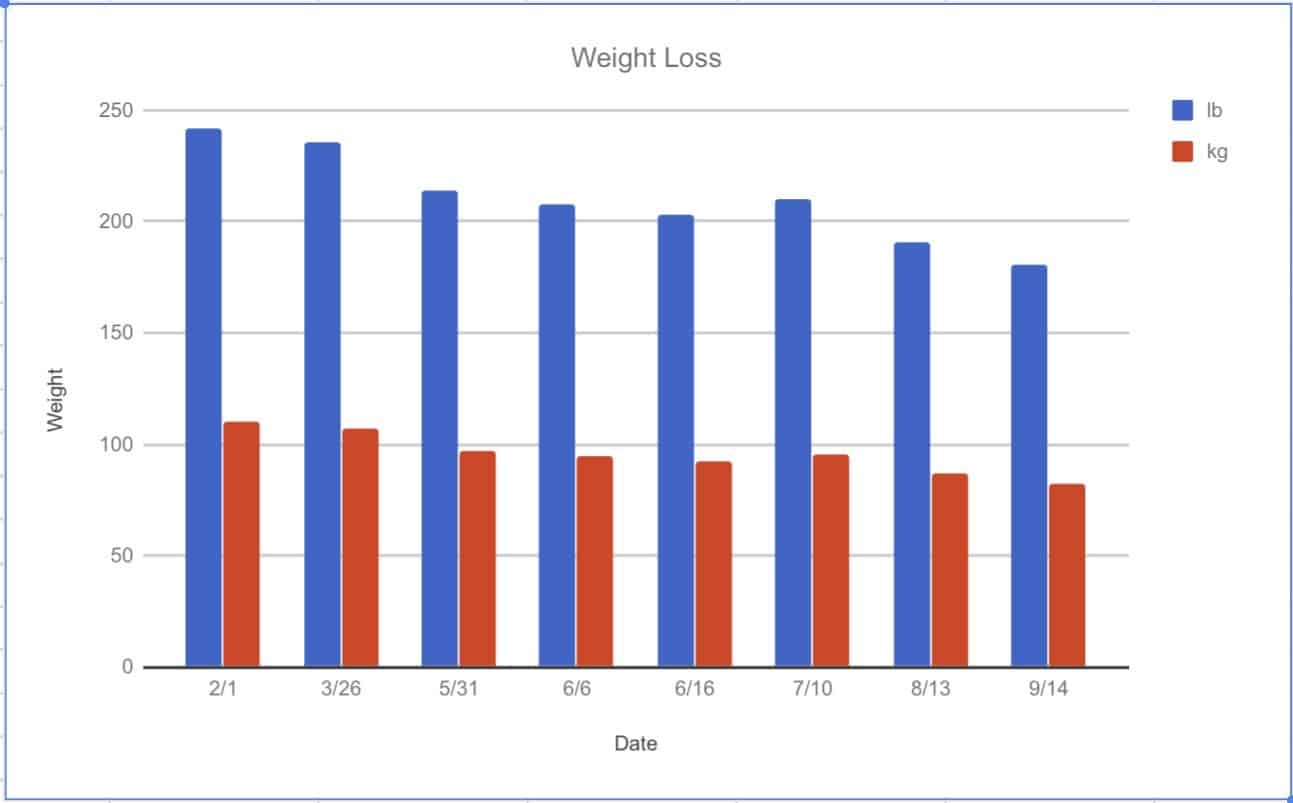 My weight loss continued throughout Washington. I’m down about another ten pounds equating to a total weight loss of roughly 60lbs/27kg. I’m finding that I’m getting cold much easier. My butt is boney and I’m missing the extra fat padding.

When I sit on a hard chair my back starts to ache in short order. I’m lining my spine up to fit in between chair slats. I’m not so sure that this is a healthy look!

The daily hiking distance averages can be deceiving since I remove any “zeros” from the average.

Overall I wanted to make sure that my daily miles stayed “up”.

Definitely the weekly distance plot shows that I had the best weekly sums in Oregon.

Overall I’m not too surprised with any of the bin percentages. A frugal hiker who is willing to forgo creature comforts and health insurance can hike this trail quite cheaply. That’s just not our mode of operation. We lean towards hotels instead of hostels, two star dining instead of ramen in trail towns.

Gas for the van did turn out to be a bin that we kept an eye on. Many hikers (understandably!) requested rides here and there from Noelle. Very few offered to help pay for the gas… It’s such a fine line between asking for help (and offering something in return) and being presumptuous about other people on the trail “owing” free support to the thru-hikers. It would have been nice if more hikers had offered just a little cash, even though we would have declined it.

I do feel much more strongly about carrying GPS rescue devices today than I did early in the trail. I believe they’re worth every penny and the monthly subscription cost. I’m not sure how many hikers were med-evacuated from the trail this year, but it seems like a bunch.

We knew that health insurance was going to be a big ticket expense and it had been. It’s just a big “ouch!” in our wallet.