Side trip to Urgent Care 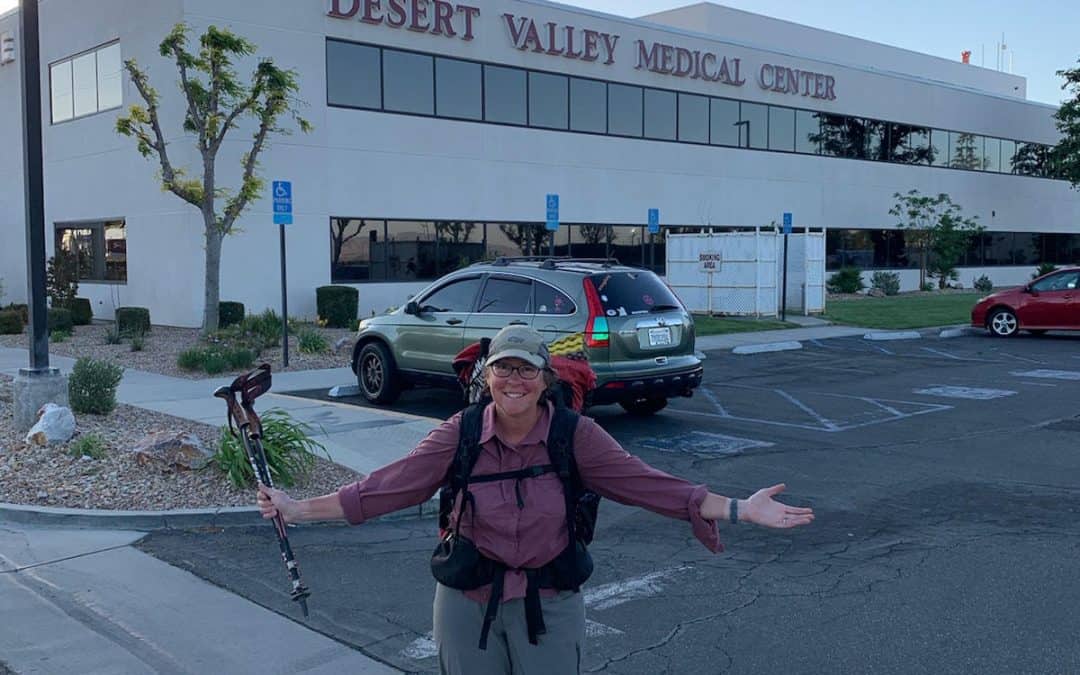 We made a rookie mistake and forgot to turn off our GPS for a ride over to urgent care, so it showed all of you that we took a trip to the hospital and we started getting messages about it. No need for alarm though!

It’s actually my second stop in a week! First for my shoulder (which is feeling much better after finishing a steroid pack today!) and today for a urinary tract infection.

This trail is trying to kick my butt. But I keep kicking back.

After the visit, we walked over to Walgreens for meds and since we’re about fifteen or twenty miles off trail, people here assume we are homeless. It’s the craziest thing. I didn’t think I’d ever be mistaken for homeless during my life, but here we are.

One actual homeless guy sat and chatted with us while we waited for my prescriptions to be filled. He offered us a couple bucks if we needed it and told us about a place we could sleep safely. He was super kind and after we told him we were hiking, he seemed to not believe us and reminded us of the safe sleeping spot. And then when I was inside Walgreens, a lady pulled up to Steve and offered him the rest of her dinner. Her car was beat up and her dinner was a hamburger, but she was willing to share it. The poorest people wanted to help us. While we were amused (if that’s the right word) to appear & smell homeless, I also felt humbled once again by the kindness of strangers. It’s not a surprise that those without are often the ones with the biggest hearts.

The pharmacist announced too loudly for my pride that my insurance card doesn’t work (it doesn’t, since we didn’t get Cobra info in time so now we’ll have a short lapse). But then even she was also quite positive I was homeless (I guess technically we are, as we carry our tent along with us 🤣). Anyway, I guess you can get discounts on your meds if you don’t have insurance, so that was a huge win!

All this to say, I’m good. Steve’s good. We’re waiting on an Uber back to a motel in the land of hikers, where we’ll fit right in again!