Spinning on the turntable: U2: Songs of innocence

Hitting the 500 mile mark was rather anticlimactic.

The camp was abuzz with excitement last night over the impending mile stone. Excitement like folks singing the Proclaimers song…over and over and over.

We celebrated at the homemade marker.

…and then we celebrated again at the “official marker” at mile 501.9. We skipped the singing and dancing, but here’s a good clip to get you in the mood:

After summiting this hill we moved onto summiting a bigger hill. Overall, it was a long morning of uphill hiking.

We agreed to stop for lunch at the summit. Unfortunately the bees were keen to eat our lunch too, so our break was short. We made it back to the van in record time.

Looking ahead at the coming weeks weather forecast I opted to push on and meet up with Noelle 7 miles further down the road. We’re about to enter a high temp section of the desert so I’m trying to coordinate the timing as best as possible.

The upcoming cafe was advertising about six miles ahead of the town! Smart!

I had thought that I’d bang out the seven miles in two and a half hours but I didn’t account for the rain, wind and dang hills.

The hills don’t look like much on the map, but dang, they wore me out. For the first time on the trail I was keenly aware of the roundabout path I was taking to reach the next location. At first I was quite pissy, but then after thinking about it I realized that all the private landowners hadn’t given permission for the PCT to travel through their property, hence the loops. I am appreciative for the landowners that do allow the PCT hikers to pass on their property.

Some signs are very effective!

I was really dragging by the end of the day. The little hills over the last few miles sucked the life right out of me. They weren’t big hills, they were just unrelenting in their frequency. 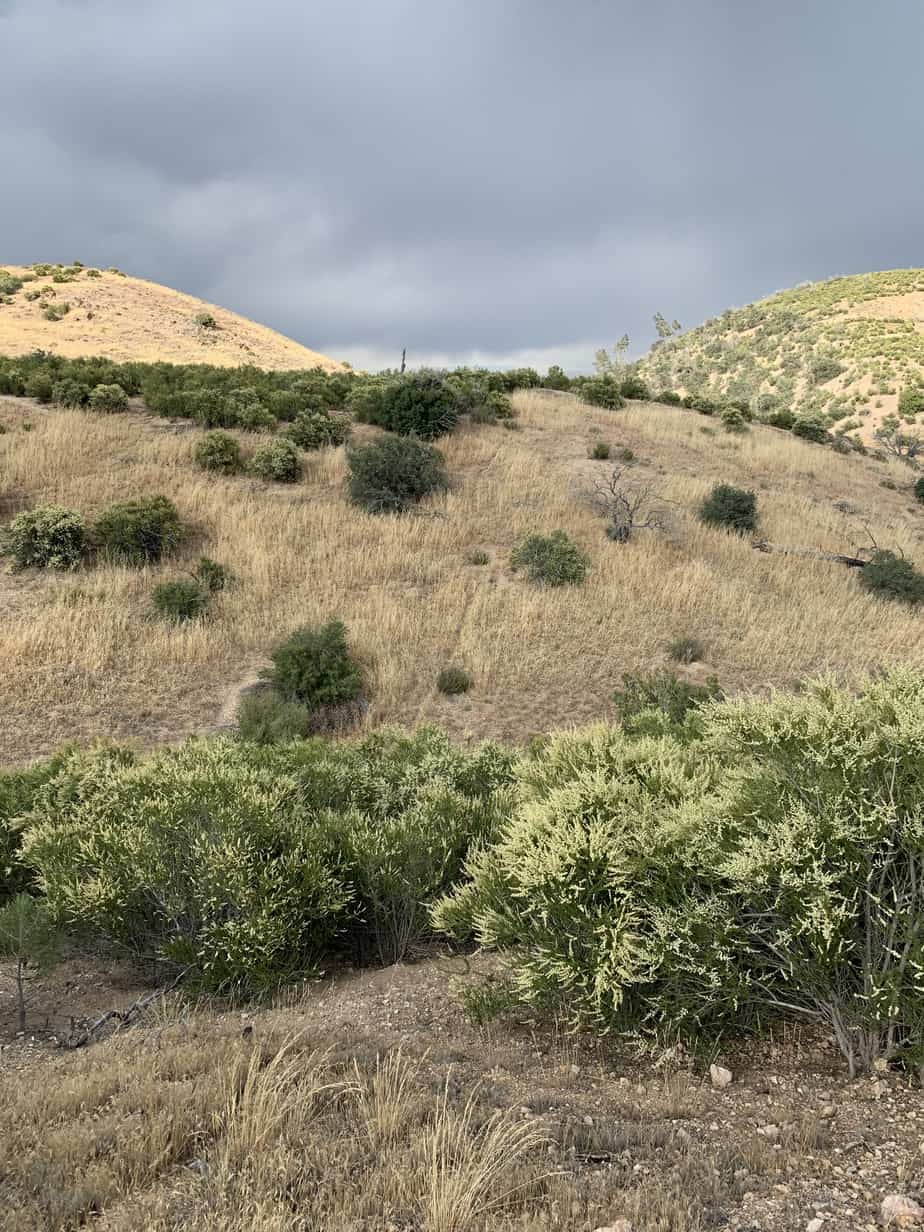 I was quite happy to arrive at Hiker town and reconnect with Noelle.